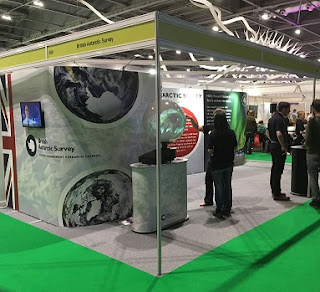 BAS approached us as they were looking for a modular exhibition stand that was easy to transport and simple to set up. The required portable display stand needed to have the functionality to be able to swap over panels at ease, allowing them to display different messages for different events. They also wanted to be able to hang a LED screen from the exhibition stand.

BAS went with our Versaform lite system as it ticked all the boxes they required for an exhibition stand. This unique exhibition display stand showed BAS that not only would they be able to build the stand with no tools, it would fit into the boot of a car.

The first outing it was required for was New Scientist Live. This is an event that takes placed at Excel and is billed as a "festival of discovery" the show attracts some big names in the world of technology and science. The show contains 4 mesmerising zones that cover everything from the brain and body, to the earth and cosmos.

We always like to hear from our clients after the shows and we were very gratefully to receive the below feedback.

"Our first exhibition with the new material went really well and everyone was delighted with the stand so many thanks again. We had to adapt the layout slightly as both sides were open on the booth but it worked out better than before and the Versaform setup proved its versatility" Jamie Oliver BAS

Posted by Guardian Display Team at 02:21 No comments:

Now in it's 29th year this renowned, unique trade event is designed to provide ideas and networking opportunities to those owning, operating and working in restaurants, hotels, catering companies, cafes and leisure establishments across the UK.

Over 450 exhibitors were in attendance showing everything from food and drink through to EPOS and furniture. We had 2 clients this year using our Versaform Flex system. 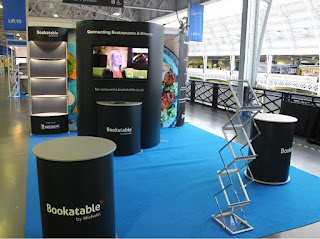 Bookatable provides real-time reservation services for 13,000 restaurants across 12 countries. Diners can also make bookings via Bookatable’s consumer-facing websites.
The flexibility of this modular display stand, gives the client great scope to be able to use it at a variety of exhibition space and trade show events. 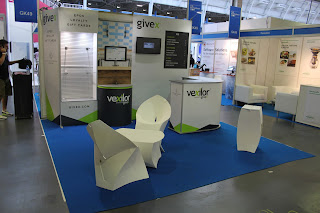 Givex proven platform is providing the tools that drive customer engagement and accelerate operational efficiency for our clients, while generating the valuable and actionable data that is crucial to maintain a competitive advantage in today's fast moving economy.
This is Givex second outing with their portable exhibition stand and the second exhibition space the system has adapted to.
If you have a busy event schedule and you would like to know how Versaform Flex could help, then please contact us on 01702 662111.

Posted by Guardian Display Team at 03:03 No comments: