Time waits for no man! 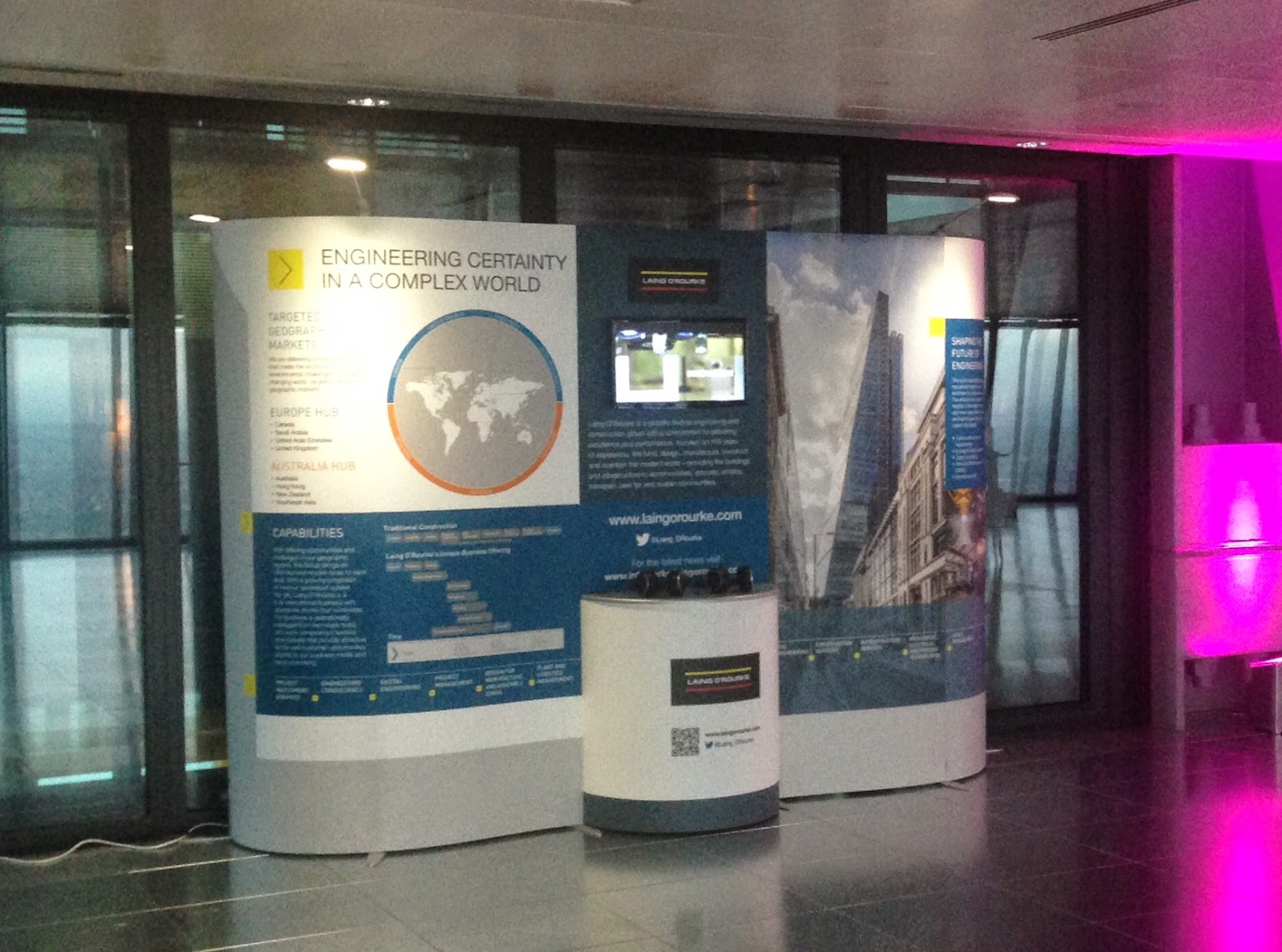 At Guardian Display, there is a reason we always describe our stand fitters as “dedicated.” On October 23rd, two of the GDisplay A-team set-off on a twenty-hour working day in order to give our clients an outstanding level of service.

After an eye-rubbing 5am start, the team were at The Royal Society to install a five-module Versaform Flex for Laing O’Rourke at the Construction News Summit for 7am. After quickly and professionally completing their first task, they trawled through the London rush to install another Flex with a flooring system and 40” TV at Olympia for the Investor Show for our client London South East.

After taking a brief respite, the boys were back to The Royal Society to breakdown the stand at 4pm, and immediately took the stand to The Leadenhall Building for Laing O’Rourke’s evening event at 8pm. By 11pm it was time to breakdown the stand and finally head out of London and back to Essex after what had been a frantic, but ultimately rewarding day.
Posted by Guardian Display Team at 08:02 No comments: